Robin Bonthrone – a Scotsman in Texas

Owners of translation companies guard two things like the proverbial apple of one’s eye: their internal and external staff and their customer portfolios.

So what could possibly mo 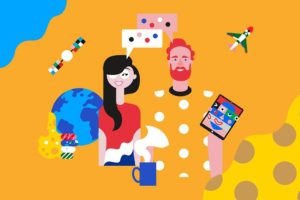 tivate the owner of a successful translation company with a clear, prominent market position to shut down his operations and entrust both employees and several attractive accounts in his customer portfolio to another company?

For Robin Bonthrone it wasn’t an easy step to take, but it was a logical one. It was clear to him that he wanted to slow down professionally and do it in the US. But he also didn’t want to leave his customers in the lurch. 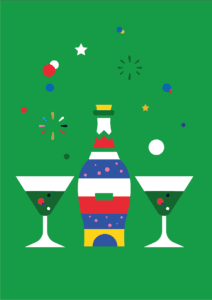 Even so, the question as to who would inherit his crown jewels was an easy one to answer: “I had known Heike (Leinhäuser) for years. I had followed the development of her company with interest ever since my first visit to Unterhaching, and was impressed with it.” But that wasn’t all. For Robin, it was also personal. “Heike has a lighthouse role in our industry, and we have always gotten along very well personally, too. That made it easier for me to turn over my baby to her.” After all, that “baby” consisted of a number of DAX corporations that entrusted Robin with the translation of their annual reports into English, in some cases for twenty years.

Translations of annual reports and other financial reporting texts are among the most complex and tricky projects a translation company takes on. They require complete command of a specialized, yet constantly changing body of knowledge that must be applied quickly, precisely and with absolute accuracy. There is no room for error, even under great pressure of time. For many translation companies, financial reporting is thus the death zone of translation. The matter is complicated by high requirements of confidentiality and data protection, because an information leak in advance of a company’s official presentation of its financial results would be a disaster. Last but not least, these projects demand a very high level of service: Standby hours and night shifts for both the customer and the translation provider are the rule, not the exception. This is the only way to ensure that last-minute changes to documents can be implemented correctly.

Expanding the tried-and-tested – the Leinhäuser way

Even before taking over Robin Bonthrone’s customers and some of his employees, Leinhäuser had translated annual reports as part of its focus on corporate communication, legal translation and financial reporting. Yet this addition to its customer portfolio quickly made Leinhäuser one of the largest providers of financial reporting translation in Germany. A spectrum of services developed especially for the demanding requirements of annual reports and a dedicated team of internal account managers has won the company an excellent reputation on the German market – and meanwhile, Leinhäuser looks after around 30 large DAX and MDAX companies during annual report season.

The right step at the right time

A clear “No!” is Robin’s answer to the question whether he has ever regretted his decision to hand over his customers. “It was the right step at the right time. I’m proud of the business I built, but at the same time I see that my customers are in the best possible hands at Leinhäuser. I also hear from my former employees and freelancers that they are very satisfied with the new situation. And the aspect of personal and interpersonal relationships – which scarcely matters at all, anywhere else – is a very important part of that success. Heike embodies that, and it characterizes the entire company.”

So what does somebody do who is rightly known as an expert in his field, who has consulted for German financial bodies and held workshops and training courses, after he has given up most of his business? He goes on translating, just somewhat less and somewhat less stressed. Or, as he says: “Translators don’t get older, at most they slow down a little!” And even that is hard to imagine in his case.

In addition to translation, Robin dedicates a lot of time to volunteer activities in the industry, currently including the following offices:

Member of the Board of Directors of ATA (American Translators Association)

Chair of the ATA Ethics Committee

But even if the world of translation still takes up most of his time, he has more of it left to pursue a few pleasant pastimes – not least of which is his passion for angling, which he has missed ever since his childhood in Scotland and can finally pursue again.

So it’s no coincidence that meanwhile in Texas he lives on a river with his own little dock – but he also has a cowboy hat and boots and even a pickup truck.