From an English-language video master to a translated voice-over in four languages in just 2.5 days

Communication is done electronically. Companies train their employees virtually. New products are showcased to global audiences digitally. Audiovisual content and the use of subtitles and voice-overs in an array of languages has become one of the essential elements of a successful presentation. A trend that has only been strengthened by the pandemic. Corporate communications have to get to the point quickly. A high-impact message must be shared with every single brand-relevant market.

It is hardly an easy task, to say the least. But not impossible. All it takes are some tailored processes and rapid contacts to get the job done.

Just recently, one of our corporate customers was planning to livestream the presentation of a new product to a wide audience in four markets. They were looking for a cast of young, dynamic individuals who could do lively voice-overs of the 40-minute, English-language video. Hardly an unusual request for Leinhäuser. But there was a catch: The voice-over, including every single process step, had to be done under intense time pressure. We are talking about no more than two and a half days to get the entire job done: from the provision of the original speaker texts to the uploading of the final videos.

We developed a very lean, efficient process in close collaboration with the customer and other agencies involved in the work – from production to the streaming service provider. While the original video was being recorded, a Leinhäuser colleague working at the customer’s location transcribed verbatim all of the running spoken texts. This transcript was encrypted and sent to Unterhaching. With the text in hand, our internal audio video team worked overnight to convert the texts into a voice-over script that included all the information needed to do the voice-over job itself. 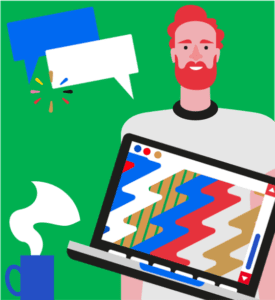 Early the next day, our internal team began the job of translating the prepared script into four target languages: German, French, Italian and Spanish. At the same time, the audio video team coordinated the details of the briefing with the customer and regional managers and directly clarified all issues with the recording studio and the voice actors. Throughout the process, our linguists remained on continuous standby. When production-related changes had to be made, the team immediately adapted the translations. The written speaker texts then underwent a final review for quality assurance. Careful changes were made to reflect the just-in-time finalized briefing with the customer.

Go-live in the desired tonality, tailored for the target markets

After the texts were approved, the completed voice-over scripts were sent directly to the studio where the voice actors selected by the customer recorded the target versions in the desired tonality. The audio engineers then finalized the recording, and the production made its premier just a few hours later during the live stream. We work here with professionals. The end product was compelling, and the simultaneous livestream to the four target markets went off flawlessly.

Our audio video team is ready to help you, too: