Let’s start by rolling back the clocks to the 1990s, an era that looked much different for translation agencies. They were in the midst of parsing through opportunities provided by the widespread shuttering of internal translation departments at companies throughout Germany. The trend toward outsourcing was a potential gold mine. For Heike Leinhäuser and her brother, Udo, the glittering opportunity of launching their own company was irresistible. The early days were spent translating page after page on their own while actively forming alliances with international translation partners. And the tone they set back then continues to pervade the business today: satisfying customers by providing impeccable work, having a good time in the process and growing with the client.

“We didn’t have any Plan B,” Heike says in recalling the birth of Leinhäuser Language Services. “But we felt truly compelled to go out and do our own thing.” And to do it exceptionally well. From the get-go. Both Heike and Udo had the chops for it: a college degree in translation apiece, backed up by experience working in a corporate environment. Immediately after finishing her studies, Heike joined the internal language department at Siemens. She learned the tricks of the trade here: nuts-and-bolts translation and editing work as well as – cue the foreshadowing – managing her own team.
Seven years later, her corporate life came to an abrupt end when Siemens entered a massive restructuring program in 1995. Heike saw the writing on the wall and decided to get out ahead of it – leaving without a single cent of severance pay. Her new goal: making her own mark. “Udo and I couldn’t wait to get started. We had more determination and drive than we knew what to do with. We definitely wanted to be our own bosses, and we were determined to deliver good work so that we could stay that way.” And they certainly had an Ace up their sleeve here: Both had mastered the fundamentals of the business and knew exactly what customers needed.

The early focus: the buyer persona

But they had something potentially even more valuable than that business background. Their own experience had made them intimately familiar with the ways customers tick and what counts most in a relationship with clients: fast responses, good availability and translations that hit every point for the customer. “The translation business wasn’t exactly known for these things back then,” Heike says. Many translators thought of themselves as artists. They concentrated only on the translation as a craft in its own right, in other words, a text that they had beautifully composed themselves – and forgot about the purpose that the translation was supposed to fulfill in the process. This was not the Leinhäuser way. The brother and sister team identified with their customers and thought carefully about what each individual customer truly needed. This commitment extended well beyond providing exceptional translations of highly specialized texts from German into English. It also included the big picture, something that extended well beyond the horizon of the text itself: comprehensive, yet tailored corporate communications and marketing texts that sold products for international markets. 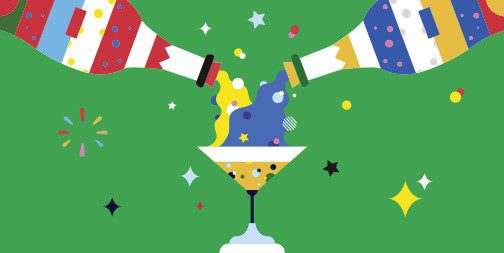 The recipe for success: communication first

The holistic approach to language was a part of Leinhäuser’s strategic focus from the very start: “We knew that we had to become part of the market if we ever wanted to be successful.” After all, the people who know how the market functions are the only ones who will know how to position themselves. They tackled this task by attending translation industry events, working in trade associations and rubbing elbows with their peers. Success proved them right: By the time the company celebrated its fifth anniversary, Leinhäuser had a staff of 10 full-time employees. By the time year 10 rolled around, the total had risen to 17. Today, the company has more than 60 full-time employees, plus about 400 freelancer and partner companies based in countries that the company can draw on as service agencies. Over the years, Leinhäuser has been pursuing one overarching goal: the job of turning the former two-person operation into a full-service text agency with a portfolio that reflects that.

The evolution: fate as an opportunity

The first opportunity: an old ally. Even after she left Siemens, Heike maintained a close business and personal relationship with members of the company’s internal translation department. In 2010, this department suffered the same fate as Heike’s did 15 years earlier: The entire department was disbanded. Heike sensed a major opportunity and brought members of the department’s management team on board her own company – along with several other colleagues and a ton of jobs. “Our business basically doubled over night,” she says. 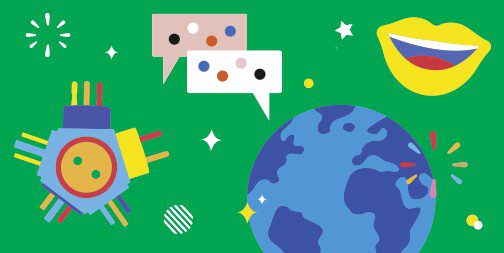 The second opportunity: a new direction to explore. After hiring three journalists and copywriters who formerly worked at a subsidiary of the German daily newspaper Frankfurter Allgemeine Zeitung, Leinhäuser embarked on a completely new journey for the company. In the blink of an eye, Leinhäuser threw off the mantel of a classic translation company and became a 360° communication agency with its very own staff of copywriters – along with its team of talented translators. All of the company’s employees share two qualities: an understanding of the power of text – and a passion for clear and successful communication between people and markets.

The future: staying the course

As she looks toward the future, Heike is focused on keeping the company right on course and recruiting new talented individuals through trainee programs, just as she did 25 years ago. In the process, our team continues to carry that entrepreneurial spirit through the ever-expanding field of international communications. No matter whether you are talking about exceptional technical translations, website localization, international multimedia campaigns, social media content, audio files or videos with subtitles and voiceovers: Leinhäuser is a highly professional organization that very consciously conducts business in a personable and diverse environment. And pursuing improved communications around the world. This is the defining quality for Leinhäuser as a brand – 25 years running.

Heike and Udo established Leinhäuser und Partner Fachübersetzungen. The brother and sister team were well-connected and had more than enough work on their hands starting on Day 1 of the start-up’s life. Files were burned onto CDs, sent by modem or snail mail and even delivered in person. The company’s first e-mail address appeared a few months later: Leinueb@aol.com.

The company relocated from its “Villa Kunterbunt” outside Holzkirchen, a town just south of Munich, to its present headquarters in the Munich suburb of Unterhaching. The company remains committed to creating an office environment where everyone feels right at home. A new location also meant the company was able to dedicate the necessary space to its growing array of servers. The systems were made virtual to ensure that the company could handle the array of systems and the rapidly rising volume of data that needed to be stored.

Birgit Albrecht-Klein and Ramón Blanco, two members of the former Siemens translation department, joined the management team. The company’s workforce and contract volume doubled overnight. A robust, scalable IT infrastructure facilitated the technical aspect of this jump in growth. Clearly defined processes cleared the way for an almost perfect transition in the operative business.

Udo left the management team to focus on iSEO.works, a new agency that specializes in international search-engine optimization.

With the addition of its own copywriting staff, Leinhäuser consolidated as a corporate communications brand. The company’s new focal points extended from internationalization and marketing to finance and accounting. The company was also already providing more and more employees with the opportunity to work remotely.

Leinhäuser merged with Macklin GmbH, a translation company based in western Munich that had been in business for 30 years. Claudia Link-Beier, the woman who established Macklin and served as its managing director, then became a member of Leinhäuser’s management team. Her staff and she moved into Leinhäuser’s office. Leinhäuser added a second floor to its office. After a period of renovation and expansion, both floors now provide the company with the highest level of physical flexibility and its employees with true homecoming feeling. The Leinhäuser office became the mother ship, a place equipped with open and private conference rooms and a number of permanent workstations. Most of the company’s desks were converted into “flex spots.”

A wide range of companies listed on Germany’s blue-chip DAX index as well as many small and medium-sized enterprises from all parts of Germany have been putting their trust in Leinhäuser for 25 years.