Bilingual brain advantage: The pros and cons of parenting in and growing up with multiple languages

When it comes to language and cognition, researchers tend to come to the same conclusion over and over again – speaking a second language is like a kind of constant inhibitory mental exercise. When switching between two languages every concept has labels (words) that are specific to each language and nearly all of these labels can be expressed in contrasting structures (grammar). Each time a language is used the words of the other language must be suppressed. Every time a sentence is constructed, the other way of constructing it must be suppressed, but blocking out distracting information is exactly what researchers have found bilinguals do well.

Everybody knows that being bilingual grants you access to other cultures, but research also shows it is cognitively beneficial too. So what are the linguistic, cultural and social benefits of being multilingual? We interviewed some of our coworkers at Leinhäuser who were either raised multilingual, are raising multilingual children, or both.

was raised by an English mother and a French father in France. Her parents used the OPOL (One Person One Language) method, meaning her mother would always speak to her in English and her father in French.

“As a child, it was normal for me to make mistakes in the minority language, but my mother, who was an English teacher, would always correct me. Now, I’m correcting my kids’ mistakes too.”

Those who are able to speak more than one language tend to be strong communicators due to their abilities to intuitively shift from one language to another. Sarah lived in Germany for more than 10 years before returning to her native France, where she now lives with her two boys and her husband, who is from Bulgaria. She understands and speaks Bulgarian as well, but communicates with her husband primarily in German – which she also uses on a daily basis for work. As a result, she comfortably falls into the category of multilingual, but how does switching between languages affect her?

“When I was in Germany, my German started to overtake my English and my French because of talking to colleagues and eventually my husband, too. There, and now in France, I always speak English to my children even in front of others because it’s very likely that I’ll still be understood by everyone. Sometimes I do switch if there’s someone around that doesn’t understand, but it’s rare and mostly out of politeness and respect. When I speak to my husband it’s easier for us to use our native tongues when the children are around and then switch to German when they’re not.”

Whether a language is learned academically or as a result of a multicultural upbringing, one fact remains consistently true – the greatest gift of being multilingual is the psychological maturity and personal growth that comes with it. It is the realization that your horizon is expanded and that you can understand, appreciate and come closer to other cultures and people that you otherwise couldn’t have. 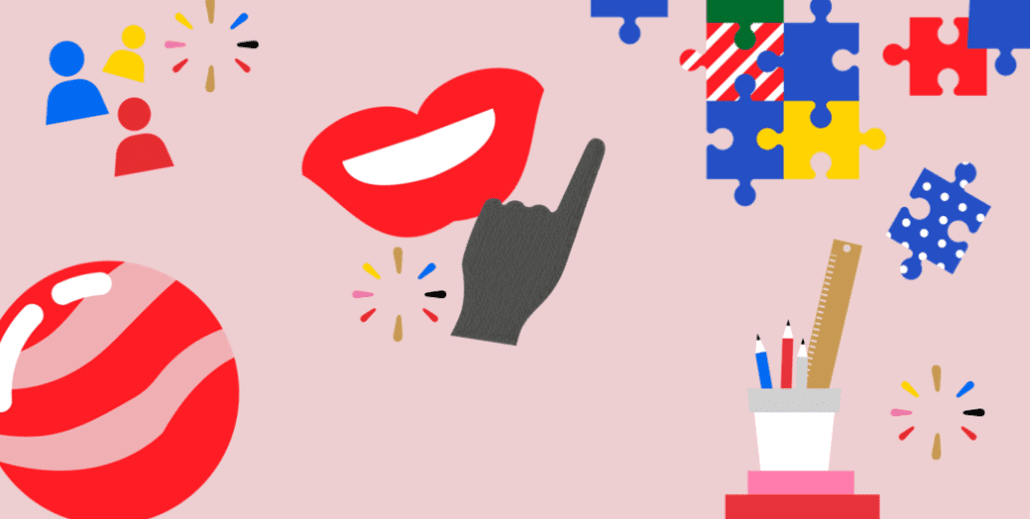 was brought up monolingual but now speaks 4 languages. He understands the importance of raising his two young children bilingual and tries to create an environment in which their language learning can thrive. He and his wife also use the OPOL method, he speaks to his children in English and she speaks to them in German.

“When my eldest son speaks English he sometimes uses German sentence structure and struggles when it comes to vocabulary but does switch between the two quite easily. His kindergarten is full of kids from all over the world, so I’m really happy that he’s already exposed to lots of different cultures and languages and hears them on a daily basis. I believe this enriches his life, gifts him an open mind, and encourages him to embrace both his cultural background and that of others.”

Some researchers say the acquisition of a second language requires a kind of determination that can only truly be achieved when you identify with the culture that created it.

was born to an Italian mother and Lebanese-Brazilian father and spent her first few years in the US, before moving to Brazil and eventually to Germany. Although she speaks French, Italian and English, Portuguese is her strongest language and she believes that that is no coincidence.

“A person’s ability with a language reflects their connection to it. I believe that people have an unconscious affinity to a language, such as the memory of a good time on vacation, My eldest, for example, had the time of his life in the US, so he prefers English. [So it’s] perhaps a connection to an experience or specific people.”

Paola has two boys: 18 (born in Germany and went to an American school for 2 years) and 11 (born in the US and went to a bilingual school). They’ve lived in Germany the longest so their best language is German but what about their “mother tongue” of Portuguese?

“For me [the phrase] ‘mother tongue’ means where the kids went to school and is the language that they have the most social connection with. That’s why, despite me being their mother, their ‘mother tongue’ is not Portuguese. They make grammatical mistakes. Their passive language is perfect but active not so good. We try to improve it with visits to Brazil, through meeting up with friends of mine that are Brazilian etc., but of course German will always be the strongest.”

A bilingual person does not automatically speak their inherited language perfectly. It still depends on their exposure. All the various language disciplines still need to be worked on just as they are in the classroom. For example, if the interaction between a parent and child is only a verbal one then the child will be proficient in speaking and listening but might struggle to read and write the language.

One thing is for certain: In a society where speaking with an accent can sometimes lead to unfair prejudices, some parents struggle with the question of whether to speak to their children in a language other than the one spoken in the region they live. There is an (unfounded) belief that passing on their native language to the child could actually hinder the child’s integration into society and the family’s overall future in their chosen home country. But the benefits of a bilingual upbringing truly outweigh any initial stumbles in a child’s learning curve, and it’s important that we make clear how important it is that children with the means to be raised in multiple language environments will flourish as adults in the globalized world in which we live today.